Being bewitched by a fox, badger, a Yokai or other ill-meaning foe was pretty common in Japan,
there are many legends and tales about it.

Another expression, often used with the fox or badger, is
kitsune ni bakasareru 狐に化かされる

Here is also a book on how to get rid of a possession or bewitchment. 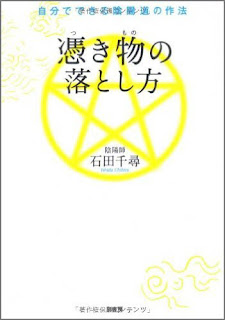 - quote -
Tsukimono – The Possessing Thing
There are eight million gods and monsters in Japan, and more than a few of them like to ride around in human bodies from time to time. Yurei. Kappa. Tanuki. Tengu. Kitsune. Snakes. Cats. Horses. Almost anything can possess a human. But when they do, they are all known by a single name—Tsukimono, the Possessing Things.

What Does Tsukimono Mean?
Tsukimono is a straight forward term. It combines the kanji 憑 (tsuki; possession) + 物 (mono; thing). There is a different word for actual possession 憑依 (hyoi), which is the kanji 憑 (tsuki again, but this time pronounced hyo—because Japanese is hard) + 依 (I; caused by).

(憑 is an odd kanji by the way. It can do double duty not only as the verb tsuku (憑く; to possess) but also as a kanji for tanomu (憑む; to ask a favor). So in a strange way, possession means asking a favor of someone—really, really hard.)

Shinto God Possession
“The number of possessing spirits in Japan is something enormous. It is safe to say that no other nation of forty millions of people has ever produced its parallel" - Percival Lowell .....
..... this kind of God Possession—known alternately as kamiyadori (神宿り; kami dwelling), kamioroshi (神降ろし; kami descending), or kamigakari (神懸り; divine possession) –is different from tsukimono. .....

Tsukimono – Yokai and Animal Possession .....
..... it is always involuntary on the part of the possessed. No one invites a tsukimono into their body. .....
Types of Tsukimono – Snakes, Foxes, and Everything Else.....
- - - - - Mizuki Shigeru agrees with Percival Lowell. In his Mujyara, series he identifies the following types of possession. It is is by no means meant to be a complete list: 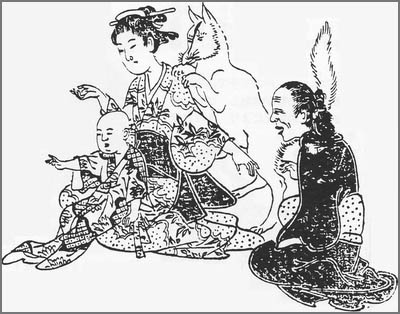 Kitsune-tsuki is by far the most common type of tsukimono. It is also different from other tsukimono—instead of the possessed taking on fox-attributes, kitsune-tsuki feels like a bodily attack, with shortness of breath, phantom pains, speaking in strange voices, and epileptic fits. Kitsune-tsuki symptoms resembled classic demonic possession in Western culture.
- read the article here
- source : Zack Davisson -


- quote
Witchcraft in Japan: The Roots of Magical Girls
..... Just like in the West, people in pre-modern Japan often explained phenomena like illness, floods and other misfortunes with evil spirits. In Japan’s case, these evil spirits were thought to take the shape of animals: dogs, badgers, and especially foxes. These tsukimono (憑き物, “possessing beings”) took possession of people in their search for food or other creature comforts. When they did so, bad luck, illness, and other misfortunes befell the possessed and those around them. 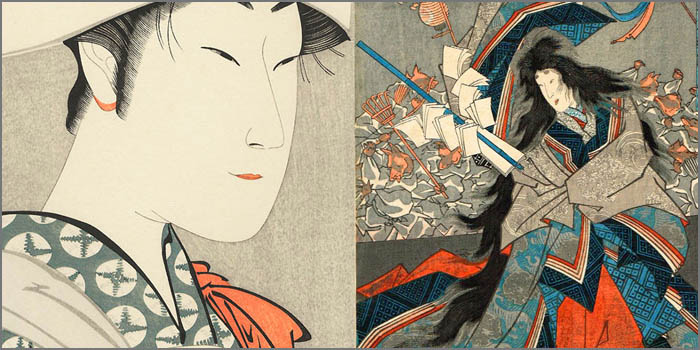 Alternatively, some people weren’t possessed by tsukimono but kept them as pets or familiars. It is these people who are considered witches. Having tsukimono was usually a family affair. Families who owned tsukimono were known as tsukimono-suji (憑き物筋) or tsukimono-zukai (憑き物使い). In these cases, the tsukimono could have a beneficial impact on their handlers, bringing wealth and prosperity. And on the flip side, they were thought to bring illness and bad luck to anyone the owners dislike. This resulted in the families being feared and respected, but also ostracized.

People were hesitant to do business with such a family, and they had trouble selling property. In addition, the tsukimono were inheritable through the female line, making it nearly impossible for these women to find husbands. Tsukimono could not be disinherited or disowned, but one could attempt exorcisms with a Shinto priest, female medium or other spirit specialists. In Tohoku and Kyushu prefectures, religious practitioners and not families were thought to wield tsukimono. So these people could not only cure you of tsukimono possession but curse you with it, too.

Often these tsukimono-suji were simply wealthier than their neighbors. When jealous tongues started wagging and the rumors stuck, the family would be marked forever. As in Europe and America, being accused of this sort of witchcraft had a negative impact on the families’ lives. Nevertheless, belief in these tsukimono was widespread. Cases of spirit possession as late as 1997 have been recorded.

In Japan, witchcraft wasn’t exclusive to women, although it’s interesting to note that the tsukimono are passed down generation to generation through the female line. This seems to affirm a widespread global belief that women are more capable of – and likely to be involved in – witchcraft.

Perhaps predictably, cats also feature in Japanese witch stories. Hundreds of years ago, it was a common belief that girls who visited a temple after the sun went down risked being targeted by a witch. The witch, disguised as a kindly old woman, would lure the girl to her house with the promise of a warm bed for the night. Once inside, the witch would resume her ordinary, frightening form and promptly devour the girl. And because cats often hung around temples, it was believed that they were witches in disguise, waiting for their next victim.

Today, a witch can be good or evil, and not always as self-serving as our ancestors believed. Japan’s magical girls have come a long way from their spirit-wielding roots and are hardly seen as evildoers but rather as guardians and protectors. Looking at certain prominent anime and manga that feature magical girls, one will notice that there’s always some sort of familiar either bestowing the magical gift upon the protagonists or, at least, helping out with it. .....
- source : japanistas.com/en/archives 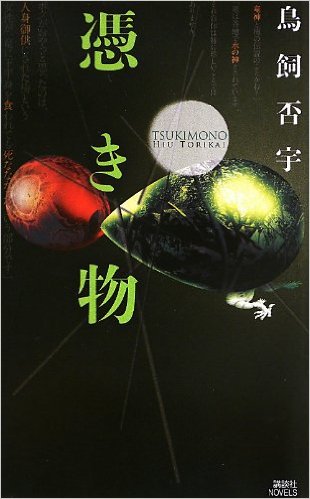 . possessed by a Tanuki badger 狸憑き .

Email ThisBlogThis!Share to TwitterShare to FacebookShare to Pinterest
Labels: - - Legends - -