- quote
a name for a Japanese dragon or legendary serpent-like creature, which is aquatic or somehow related to water. Some commentators perceived it to have been a water deity.

At one level, mizuchi seems to have been the Japanese name for such a creature, but besides one mention in the ancient chronicle Nihon Shoki, and one Manyoshu poem, there is a dearth of information regarding the original mizuchi.

At another level, the name mizuchi (midzuchi) is the kun-yomi or Japanese equivalent name applied to several mythological creatures of the dragon kind in Chinese literature. 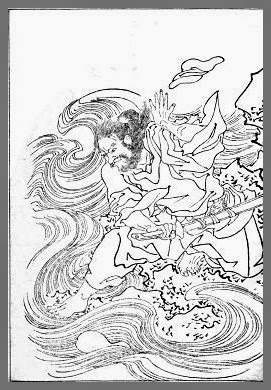 Early references
The ancient chronicle Nihongi contains the earliest references to mizuchi. Under the 67th year of the reign of Emperor Nintoku (conventionally dated 379 A.D.), it is mentioned that in central Kibi Province, at a fork on Kawashima River (川嶋河, old name of Takahashi River (高梁川) in Okayama Prefecture), a great water serpent or dragon (大虬) dwelled and would breathe or spew out its venom, poisoning and killing many passersby.

A man named Agatamori (県守), ancestor of the Kasa-no-omi (笠臣) clan, came up to the pool of the river, and threw in three calabashes which floated to the surface of the water. He then challenged the beast, saying he would quit the spot if it could sink these gourds, but slay it if it failed. The beast transformed into a deer and tried unsuccessfully to sink them, whereby the man slew the monster. The record goes on to say: "..He further sought out the water-dragon's fellows. Now the tribe of all the water-dragons filled a cave in the bottom of the pool. He slew them every one, and the water of the river became changed to blood. Therefore that water was called the pool of Agatamori" (tr. Aston 1896:1,299).

Another entry under Nintoku  (323 CE) records a somewhat connected cirumstance. The Mamuta dikes built along Yodo River kept getting breached. The Emperor then had an oracular dream, which prescribed two men, Kowa-kubi from Musashi Province and Koromo-no-ko from Kawachi Province to be sacrificed to the River God or Kawa-no-kami (河伯). One of the men, who resisted being sacrificed, employed the floating calabash and dared the River God to sink it as proof to show it was truly divine will that demanded him as sacrifice. A whirlwind came and tried, but the calabash just floated away, and thus he extricated himself from death using his wits. This entry mentions River God, but not the precise word mizuchi. Therefore, in spite of Aston who in another work discusses the River God (Kawa-no-kami) mentioned here and mizuchi in the same breath (Aston 1905:1, 150-151), one must caution against automatically equating one with the other.

De Visser  concludes,
"From this passage we learn that in ancient times human sacrifices were made to the dragon-shaped river-gods." Foster (1998:1) suggests this is "perhaps the first documented appearance of the water spirit that would become known popularly in Japan as the kappa." In Japanese folklore the kappa is a water sprite often considered benignly mischievous, in contrast to the deadly dragon. However, the kappa can also be seen as sinister, reaching in and extracting the liver or the shirikodama from humans (see also #Name for kappa below).

In the Man'yōshū, Book 16, a tanka poem composed by Prince Sakaibe (境部王) reads:
"虎尓乗 古屋乎越而 青淵尓 鮫龍取将来 劒刀毛我"
(Yoshimoto 1998), interpreted to mean,
"Oh if I only had a tiger to ride to leap over the Old Shack,
to the green pool to capture the mizuchi dragon,
and a (capable) sword (in hand)".
The Old Shack, Furuya, may actually signify a place name, with a possible double-entendre involved.

Name for kappa
Minakata also collected variants that sounded like mizuchi in local dialects, such as mizushi (Ishikawa prefecture), medochi (Iwate prefecture), mintsuchi (Hokkaido). Elsewhere, Asakawa Zenan (Essay, vol. 1, 1850) mentions medochi (Ehime prefecture) and mizushi (Fukui prefecture). However these all turned out to be local names for the kappa or "water imp". Minakata observed however that the kappa legend started out as tales of the nushi (den-masters of water) transforming into human-like forms and causing harm to humans, but that these origins had become forgotten.
Folklorists such as Yanagita and Junichiro Ishikawa inherit a similar view.

Minakata in this work has also collected local lore around Japan regarding aquatic snakes capable of killing humans. And he has made connection between these snakes and the lore around the kappa which has the reputation of extracting the shirikodama or a fabulous organ belonging to the human victim that the kappa is capable of yanking out through the anus. This connection seems to serve his conviction that the mizuchi though in later times identified with the kappa, originally referred to aquatic snakes.

The medochi use human females to have them bear their children. When the child is born, the Medochi comes to claim his child. If the woman throws the baby into the water to kill it, Medochi takes the bones with him.


- quote -
Many people believe that early kokeshi  wooden dolls were representations of girl children that were aborted or put to death after childbirth due to the inability to support a poor family of greater size.
Even the word, ko-keshi (ko o kesu 子を消す), can be loosely translated as "extinguished child" or
“a child wiped out”. 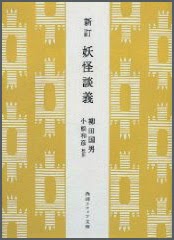 
- quote -
One of Mr. Yanagita’s outstanding contributions to the etymology of the Japanese language is the theory advanced by him that such words as mizushi, which is used for kappa in Kaga and Noto provinces, medochi in Nambu and the Ainu mintsuchi, are all derived from mizuchi, which in its turn is a variation of mizu-tsuchi meaning a divine being in the water and having no connection originally with the Chinese ideograph  chiao or ch’iu which is usually rendered into Japanese as  m i z u  h i , ) and being of the opinion that the kappa are water-gods who had degenerated into water-monsters, Mr. Yanagita says at the end of his article,

"In this reason, such instances as the kappa festival in Tosa when horses are tethered to stakes by the waterside may probably be considered as a sort of an old-age pension paid to the mixuchi, and such place-names as Senzoku-no-ike (” Feet-washiilg pond “) and Uma-arai-buchi (” Horse-washing pool “), as well as the name Koma-tsunagi-no matsu (”Horse-tethering pine “), given to certain pine trees in all parts of our country and the reason for which has so far remained unknown, are most likely the relics of yearly rites held in ancient times at which horses were offered to the water-god, and which in course of time came to be regarded by the agricultural population simply as a means of safeguarding their horses from evil throughout the year, the origin of the practice becoming completely forgotten. The custom, however, of offering the heads of oxen and horses to the water-god to pray for rain was long preserved.”

It may be difficult to find actual instances in Japan of oxen and horses being offered yearly to the water-god, but if we take into consideration the legends and customs in all parts of the Eurasian continent discussed in these pages, it becomes no longer possible to question Mr. Yanagita’s conclusion that such Japanese customs as the Nakoshi-matsuri and Ushi-no-yabuiri, or indeed the Japanese legend of the kappa trying to lure horses into the water, have their origin in the sacrifice of oxen and horses to the water-god in remote ages.”
- source : japanesemythology.wordpress.com

The Kappa Legend: A Comparative Ethnological Study
on the Japanese Water-Spirit Kappa and
Its Habit of Trying to Lure Horses into the Water
by Ishida Eiichiro