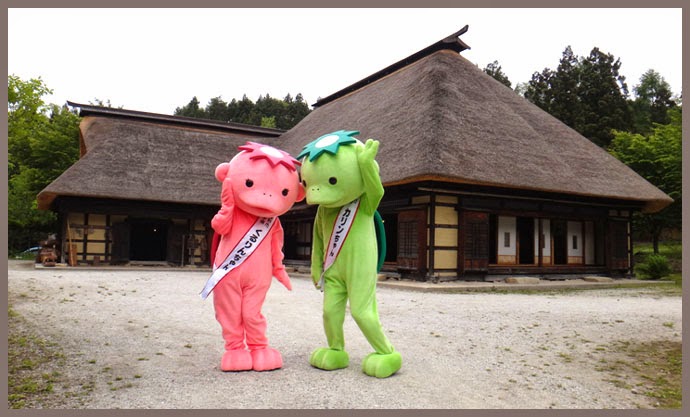 . Yanagita Kunio 柳田國男 .
(July 31, 1875 - August 8, 1962)
a Japanese scholar who is often known as the father of Japanese native folkloristics,
or minzokugaku 民俗学.


- quote
Kappa are also known for raping women.
In his Tōno Monogatari, Kunio Yanagita records a number of beliefs from the Tōno area about women being accosted and even impregnated by kappa. Their offspring were said to be repulsive to behold, and were generally buried.
- - - More in the WIKIPEDIA !

While they are found throughout Japan, the kappa’s hometown is widely considered to be Tono, a provincial city in Iwate Prefecture. The kappa is a popular motif throughout the area, but upon arrival it is soon apparent to visitors that Tono kappa fall into two distinct camps: the traditional creatures with their creepy countenances, and modern manga-esque kappa who look like they would much rather hug children than eat them.

Tono’s two official mascots fall under the latter category.
Karin is a green male usually seen clutching a bellflower — Tono’s official flower.
His wife, Kururin (yes, they are a couple), is pink.

The Tono Tourism Association, located just outside the town’s only train station, is a handy place to pick up maps and coupons for local attractions, as well as the obligatory Karin and Kururin souvenir goods.
Don’t be lulled into a false sense of security, however: Images of the true kappa — those who haven’t sold out to the human world — lurk nearby. A malevolent-looking trio loiters in a pond in front of the station, while a lone kappa stares ominously off into the distance from the roof of the station building.

“Traditional kappa can’t be called ‘cute’ — they’re rather scary,” confirms Miku Kobune, a staffer at the tourism association. “Back in the old days, busy parents often had more work and more children than they could handle. Telling small children about the kappa was a useful way to prevent the kids from going off to the water by themselves, thus keeping them safe.”

Further back in time, some historians believe that the ancient practice of floating the bodies of stillborn or deformed infants down the river first gave rise to the kappa legend. Although the word is generally not written in kanji these days, the characters for kappa, 河童, mean “river child.” 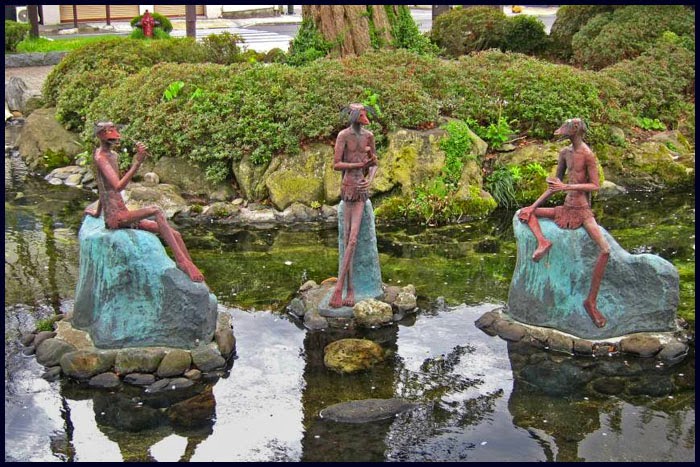 Tono’s undisputed expert on kappa is Haruo Unman, better known as Kappa Ojisan (Uncle Kappa). Unman serves as a sort of goodwill ambassador for the creatures. He is actually the second person to hold the title, inheriting it 10 years ago from the original Kappa Ojisan, Yokichi Abe. Local legend has it that Abe, who passed away in 2006, met a real kappa in his youth.

Unman continues the tradition of his predecessor and can usually be found at Kappabuchi, a small pool adjacent to the Jokenji Temple, a few kilometers from the city center. He offers visitors fishing poles with cucumbers so they can attempt to catch a kappa themselves. (Small children who lack the strength to deal with an adult kappa can use green pepper for bait, which apparently attracts younger kappa.)

Standing on the banks of the pool in this tranquil spot, surrounded by farmland, it isn’t difficult to imagine that some kappa might be lingering just below the surface, laughing at the countenances of the humans peering hopefully into the pool from above. Next to the pool is a small shrine dedicated to the creatures.

Jokenkji Temple also has a special connection with kappa fans, explains Unman. “One time, the temple was on fire and one of the local kappa hurried over and put out the fire with the water from his head,” he says. “As you can see, kappa have their good side, too.”
The grateful locals erected a statue of a kappa-komainu. Komainu, also called “lion dogs,” can be seen standing guard at the entrance to shrines all over Japan. But the Jokenji kappa-komainu is unique due to the kappa-like indentation on its head.

So what makes Tono the undisputed ancestral home of these Japanese river trolls? Unman says that Tono has a rich heritage of folk tales about mysterious creatures and eerie encounters between humans and the spirit world.

“These were passed down by word of mouth through the generations, but then a writer called Kunio Yanagita started collecting them,” Unman explains. “He included many of them in his book, ‘Tono Monogatari’ (‘The Story of Tono’), which was published just over a century ago.”

Yanagita, the foremost folklorist of his time, helped to bring national attention to Tono’s trove of mythical creatures, and among these it was the kappa that somehow became the main symbol of the area.
When Unman isn’t answering questions about kappa or genially posing for camera-toting tourists at Kappabuchi, he works at nearby Denshoen Park, a small museum with some traditional buildings and examples of local crafts and cuisine.

To access the Kappabuchi pool and Jokenji Shrine, you can park free of charge at Denshoen and then take a short walk through picturesque pastures to the other attractions.
Not too far from Denshoen is the beautiful Fukusenji Temple, which is well worth a look. It houses a 17-meter-high statue of the Fukutoku Kannon deity.

The grounds are especially stunning in the spring when the cherry trees blossom, and during the fall foliage season. Some walking is required but you will be rewarded with wonderful views of the surrounding countryside, and, yes, there are more kappa to be found here, hanging out in the pond in the temple grounds.

No visit to Tono would be complete without stopping at the Tono Folklore Village (Tono Furusato no Mura). Although a little tricky to get to, it boasts a well-preserved collection of traditional buildings set up like a farming village, many of them housing artisans and craftspeople who are happy to explain their skills if you can understand Japanese.

Some of the best examples of traditional magariya (L-shaped farmhouses) can be found here. Because horses were once indispensable to local agriculture, houses and barns were joined together in an L-shape, with people and animals living in the same building.
- source : Japan Times 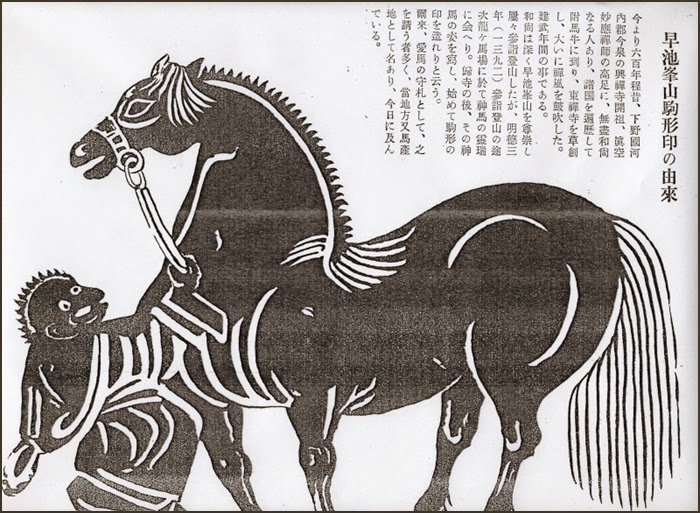 saru hiki koma 猿曳駒 monkey (kappa) leading a horse
which is in fact a kappa leading the horse in the Tono Monogatari
from Tono Hayachine Jinja 遠野早池峰神社
- source : dostoev.exblog.jp


Tale 56
A child looking something like a kappa was born into a certain family in Kamigo village. There was no definite proof that it was a Kappa's child, but it had bright red skin and a large mouth. It was indeed a disgusting child. Loathing the child and wanting to get rid of it, someone took it to a fork in the road and sat it down. After having walked away only a short distance, he realized that he could make money by showing it. He went back, but it was already hiding and nowhere to be seen.

Tale 57
It's not unusual to see the footprints of kappa in the sand along the bank of a river.
This is especially true on the day after it rains. A kappa's foot, just like that of a monkey, has a large toe separated off. It is like the handprint of a human being. This print is less that eight centimeters in length. It is said that the tip of a kappa's toe does not leave the distinct mark that a human toe does. 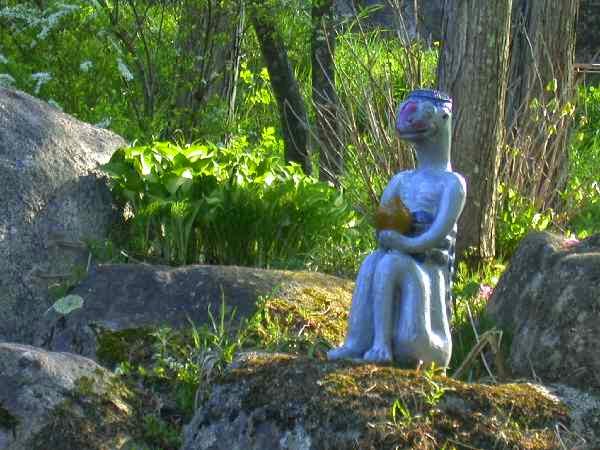 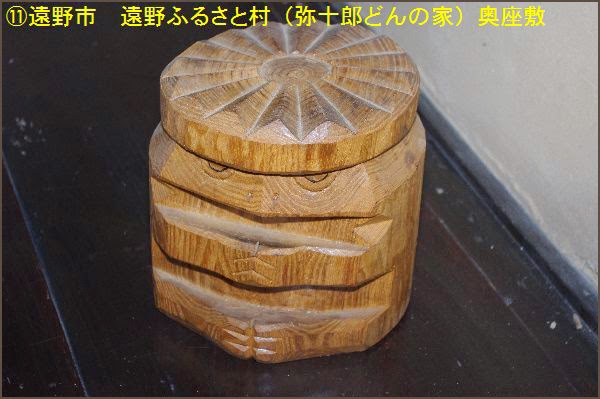 This is a facility where a traditional farming village has been reconstructed, which is sure to arouse a sense of nostalgia in many a Japanese mind, and to offer a novel experience for visitors from around the world. Many of the buildings are designated as national tangible cultural properties.
The facility is often used as a shooting location for TV dramas and movies. You can try over 20 activities, such as farming and making straw or bamboo crafts.
At the restaurant, you can enjoy various traditional dishes of Tono, such as hittsumi, kanenari, and keiran, as well as jingisukan. In winter, you can try dobekko ( home-brew sake ) , and watch a kagura (shinto dance) performance.
- source : www.japan-iwate.info 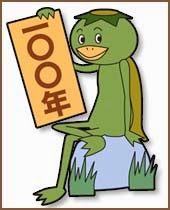 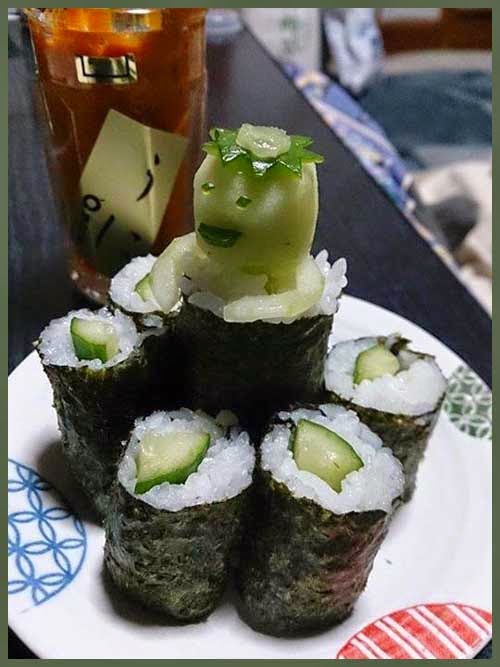